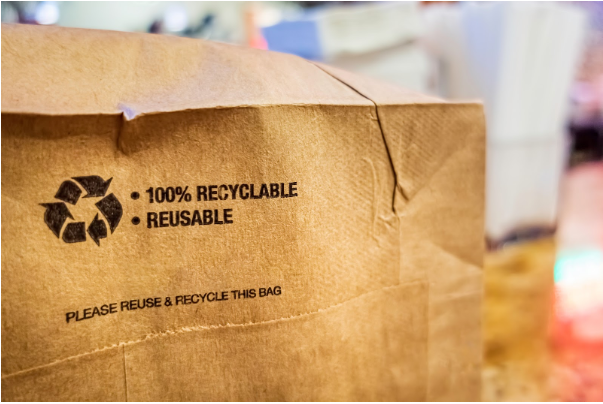 Will we see the return of reusable products in the hospitality sector?

There’s no question that reusable products have been nothing but significant in the process of the catering and hospitality sector being more sustainable, and for years, its importance has only grown.

However, given everything that’s happening in the world, the question we have been asking ourselves here at Catering24 is whether our industry will ever see a widespread return of reusable products?

You may remember back in March last year, as COVID-19 really began to disrupt our daily lives, that both Costa and Starbucks made the decision to stop refilling reusable cups as part of their offering in line with the government guidance.

Who knows what is going to happen with COVID-19 and when it’s going to be possible to return to our ‘normal’ lives. Will we have to find a way to live with this virus, just as we have done the flu?

If that’s the case, what does that mean for the future of our reusable products, and is it time to start thinking about a new future-proof alternative?

There are so many questions about this top and rather than us solely give our thoughts, we invited several industry experts and leaders to give their opinion to try and answer the question: Do reusable products have a future in the catering and hospitality industry?

If we have to return to single-use, far more education and investment is going to be required to improve recycling habits

Let’s start with a couple of facts.

Fact 1: At least 2.5 billion coffee cups are thrown away each year in the UK, according to a government report published in 2018.

The hospitality and catering industry has taken giant strides over the last decade to manufacture and produce products that are 100% recyclable. Coffee cups, ironically, being a prime example of that.

Here at Catering24, we’re proud of the range we offer customers when it comes to sustainable products. This includes our 100% recyclable coffee cup.

Keeping those two facts in mind, what’s clear is that we’re going to face a huge environmental problem if we persist with the manner that we deal with our single-use packaging.

As we saw in 2020, when we emerged from lockdown and returned to a degree of normality, we saw cafes and restaurants reopening. However, a huge downside of that was the images we saw across the UK of the huge increase in pollution in our natural beauty spots.

I’m sure we weren’t the only ones that saw images of the huge increase in pollution at our natural beauty spots, with disposable coffee cups, food packaging, containers, and plastic water bottles strewn and left on the floor — all items which are repeatedly on the worst offenders list when it comes to what is causing plastic pollution across UK beaches and rivers.

Taking into account all of the above, should our industry be forced to return to using single-use packaging over reusable products, we’d like to see more education and investment provided across the country.

Data shows that, naturally, disposable packaging has been on the rise over the last year because of this pandemic and that has only heightened the need for more education to ensure the customer who is holding the disposable coffee cup knows what to do with it after they’ve finished. 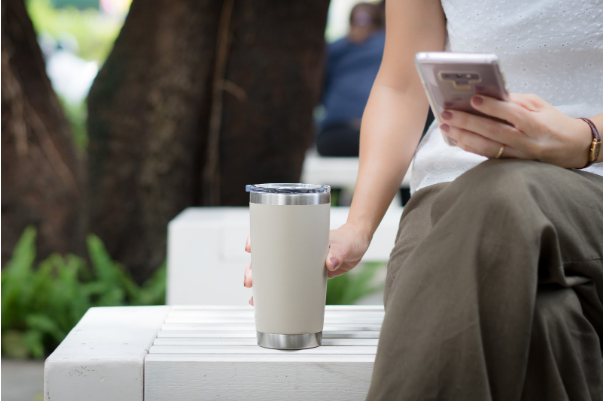 There’s a similar issue with the term compostable as well. There is a general perception that if something is compostable, it will disappear over time. It doesn’t work like that. Yes, it will compost, but only in the right environment, rather than just being chucked into a bin bag.

We need to work with everybody to spread the word for what products are capable of what when it comes to the environment.

If we had this conversation towards the end of 2019, we would have been talking about the importance of reusable products, like crockery and cutlery, but if you look at the marketplace now, everyone is wanting to be hygienic. They want single-use recyclable products that they can eat and drink from successfully and then be provided with the right place for it to be placed for recycling.

Something that is definitely worth considering is whether the answer to our problem lies somewhere in the middle of single-use packaging and a reusable product.

Of course, one of the biggest differentiators between the two is how it looks - the single-use being designed to serve one purpose before it is thrown into the recycling bin, while effort goes into the design of a reusable product to increase its appeal.

However, what if we put more effort into how a single-use product looks to the extent the consumer wishes to keep hold of it?

This is something that Bradford Bakers have prided their business on - namely by selling their wide range of gifts, hampers, and cakes in aesthetically-pleasing single-use packaging that provides incentive for the customer to use it beyond the life of the product they originally purchased.

Speaking about their business model, James McGoldrick, director at Bradford Bakers, said: “Our boxes are clearly designed to be something worth keeping. Instead of throwing away when the cupcakes have been munched. It can be used again to pack homemade treats into - either to gift onto someone else or to keep bits and bobs in, or to do with whatever the recipient likes. The possibilities are almost endless, and it all just depends on how creative the recipient is feeling.”

This, of course, isn’t something that is entirely new.

Hacks for repurposing waste pop up on the website and social media all the time, but as for the hospitality and catering sector, it’s an intriguing possibility whether this is something that can be actively considered in the future as part of our offering. 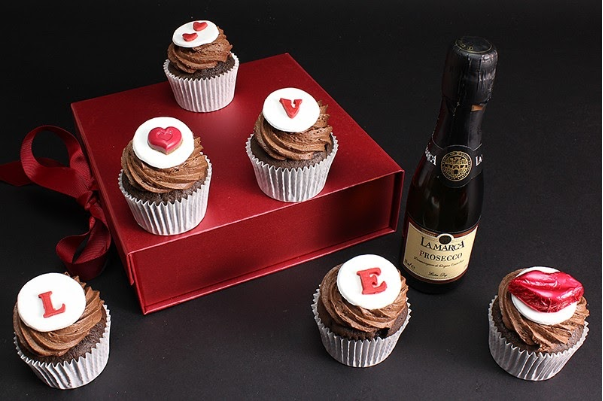 Ok, this is the third and final point From talking to several industry experts, there is a big belief that we haven’t seen the end of reusable products.

While we mentioned earlier about Costa, Starbucks, and multiple train services abandoning them during 2020, but there has also been a reluctance from others. Indeed, Costa and Starbucks even temporarily brought them back when things gradually returned to a kind of normal last summer and autumn.

McDonald’s also announced back in September that it would be testing a new system of reusable, returnable coffee cups at some point this year.

Beyond what the news is saying, here are three thoughts that industry leaders sent into us as part of this article:

Mike Strange, director of operations at corporate catering company, City Pantry, said:  "Climate change remains the top-most perceived threat amongst European countries, reducing the use of single-use products significantly reduces carbon emissions and waste. Businesses across the whole F&B sector, including ourselves, will have to continue to work together to tackle the ongoing threat.

“We’ve seen the hunger for reusable products amongst consumers and I’m confident that this will return as soon as permitted. Of course, some packaging isn’t appropriate to be reusable and innovation in compostable packaging is essential."

Mark Hilton, head of sustainable business at Eunomia and co-author of City to Sea’s Food-to-go report, said: “There is a strong and building pressure to increase the use of reusables – the pandemic has only created a blip. Ireland and France have stopped the use of single-use cups for eating in for example, and refill in general are now strongly on the cards at the EU level.

“For a disposable cup, store staff take the cup out of the packaging, touching it (often without gloves), hold it while pouring the coffee then have their fingers on the lid (to press it down), which people then drink out of! The user then puts that in a bin, which other people will touch.

“Starbucks and Costa reversed a temporary ban on reusable cups in stores that was introduced at the start of the coronavirus pandemic, having reopened stores under Government guidance.”

Dinesh Patel, a former MasterChef finalist, said: “I believe that based on the current pandemic I don’t think or feel it would be safe in the near future for us to be returning to coffee shops with our reusable cups in hand i.e. for us to be using reusable products in or in line with eateries.

“It’s sad to think that this is the case considering the sheer amount of development and consciousness that had been placed on becoming environmentally friendly within the food and catering industry.

“But moving forward I do feel it’s still very much evidently important that food and catering industry companies need to focus and make smart choices on recyclable, biodegradable, and compostable packaging and products, or like we have done opt for a beautiful jar or tin that the customer would be happy to use in their lunch box the next day.

“I think in the need of the hour and with a focus of safety many within the industry have unfortunately opted once again for single-use plastics but we need to remember that we can still make well informed and environmentally friendly choices while trying to be as safe as possible within regulations.”

Like Mike, Mark, and Dinesh, we also believe that reusable products will return at some point in the future.

For now, though, that’s not possible. Single-use will continue to be our go-to, but it’s clear that we cannot continue using it as we are and that proper education is required to ensure that our use of it does not spiral out of control.

The catering and hospitality sector has gone to great lengths, in my opinion, to become one of the most environmentally-conscious industries in the world and has got a big part to play in ensuring its customers are not only purchasing greener and recyclable products, but are also disposing of it properly or, in the case of Bradford Bakers, are giving customers an incentive to repurpose it.

As an industry, the onus is on to ensure we’re still doing our bit to curb what is once again becoming a huge issue.